Last week, I was at my wits end trying to find something to write about on our little blog.  My brain was just blocked.  No ideas would come.  I was seriously about to give up on this writing thing and just give y’all nice little Wordless Wednesday Images and reviews for the rest of my blogging career.

But God, wouldn’t have it!  He wants me to write.  He’s given me a voice for a reason.  To share, to teach, to show others our life.

Recently, I was on Facebook as I often am throughout my day, and my attention was drawn to several posts within private groups that I am in.  Those responses generated messages in my private inbox from those who wished to know our story a bit better. And since I love to talk and share, I couldn’t turn down the chance to give hope to others.

Through this, I was reminded just how important it is to write and share our journey with Epilepsy.  God spoke… He really yelled at me and asked why I wasn’t writing and sharing this testimony that He’s given to us.  And my honest answer is that I just don’t know.

If you’ve read my past posts on Epilepsy, then you know I don’t find it to be a burden but instead a blessing.  I know we could have a worse disease or disorder.  For our family, Epilepsy is challenging but it is our life.

Growing up, my Mother didn’t tell the world I had Epilepsy.  It was something you kept hidden so others didn’t judge you.  She would tell my teachers and advise the school but that was pretty much it.  She made me aware and prevented me from doing many things.  I wasn’t allowed to spend the night with friends or do activities that could cause me to hit my head.  I was pretty sheltered and protected by her.

As a Mother, I understand why she chose to parent me that way.  I also knew what I wanted to change for my own children.  I didn’t want my children to be kept from doing anything they truly wanted.  I also didn’t want to put them through the public school challenges of dealing with teachers who just didn’t understand their mental challenges in learning, so we chose to homeschool.

My mother was lucky in that out of her three children, she only has me with Epilepsy and I was her baby.  In my own family, I have my oldest son who doesn’t have Epilepsy and my following three who do have some form of the disorder.  All of us are uniquely different in our Epilepsy but I will discuss those differences later in another post.

But for now, this is what has inspired me.  God has led me to share my life story, our life story, in order to help others.  I hope you enjoy our posts and find them helpful as we hope to inspire you.

I’ve been on hiatus.  Or would you call it a vacation?  It hasn’t been much of one in life, but online it has for certain.

I just haven’t had the time to put effort into blogging like I need to because the house and the kids have needed me so much more.  It’s one of those seasons in life – one where I try to keep up while feeling like I’m just barely making it and trudging along. It will get better but for now, I’m just a head above drowning in it all.

This week has been a medication adjustment week for Jackson.  Last week he broke through with a seizure.  Just when you think you can breath again, you stop and you realize this may never end.

It will never get easier walking in to see my baby breathless – lifeless – wondering if he’s going to come out of this one – running to grab the Diastat just to make the seizures stop.  It’s something only a seizure parent can understand.  It’s become a fear for me, wondering when a seizure will hit us next and how many more will follow.  Wondering if the next one will take my son from me.

I can honestly say, I didn’t fear this disorder until now.  I didn’t fear it with Emma.  I was beginning to with Laycie.  But with Jackson, fear has set me on edge.  Just how easily they could be gone has become reality.

It’s life – and we live it daily because we have to.  We watch others who take the simple things for granted: like playing on a slide or crying it out to sleep.  Our children can’t do these things without us holding our breath and waiting to hold them just in case a seizure happens.

I didn’t come here to talk about Epilepsy tonight but somehow it consumes our life.  It IS our life.  There’s no way around it, no changing it, no ignoring it and no moving forward from it.  It’s here every day affecting how we live.

And so we wait to see what tomorrow is going to bring.

Spreading awareness for all of my babies.  This is my daughter Laycie, who has had Epilepsy since she was 4 months old.  She went Status Epilepticus when she was 4 1/2 months old.  She was diagnosed with Rolandic Epilepsy at age 4.  Most of her seizures happen when she’s asleep.  I blog about Epilepsy to share our life living with this disorder with others.  Learn more about Epilepsy at www.epilepsyfoundation.org. 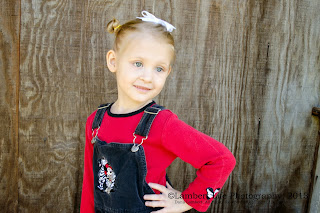 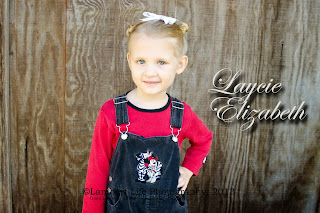 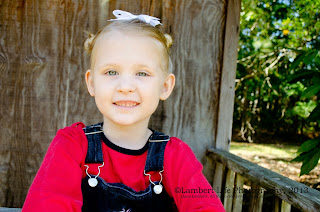